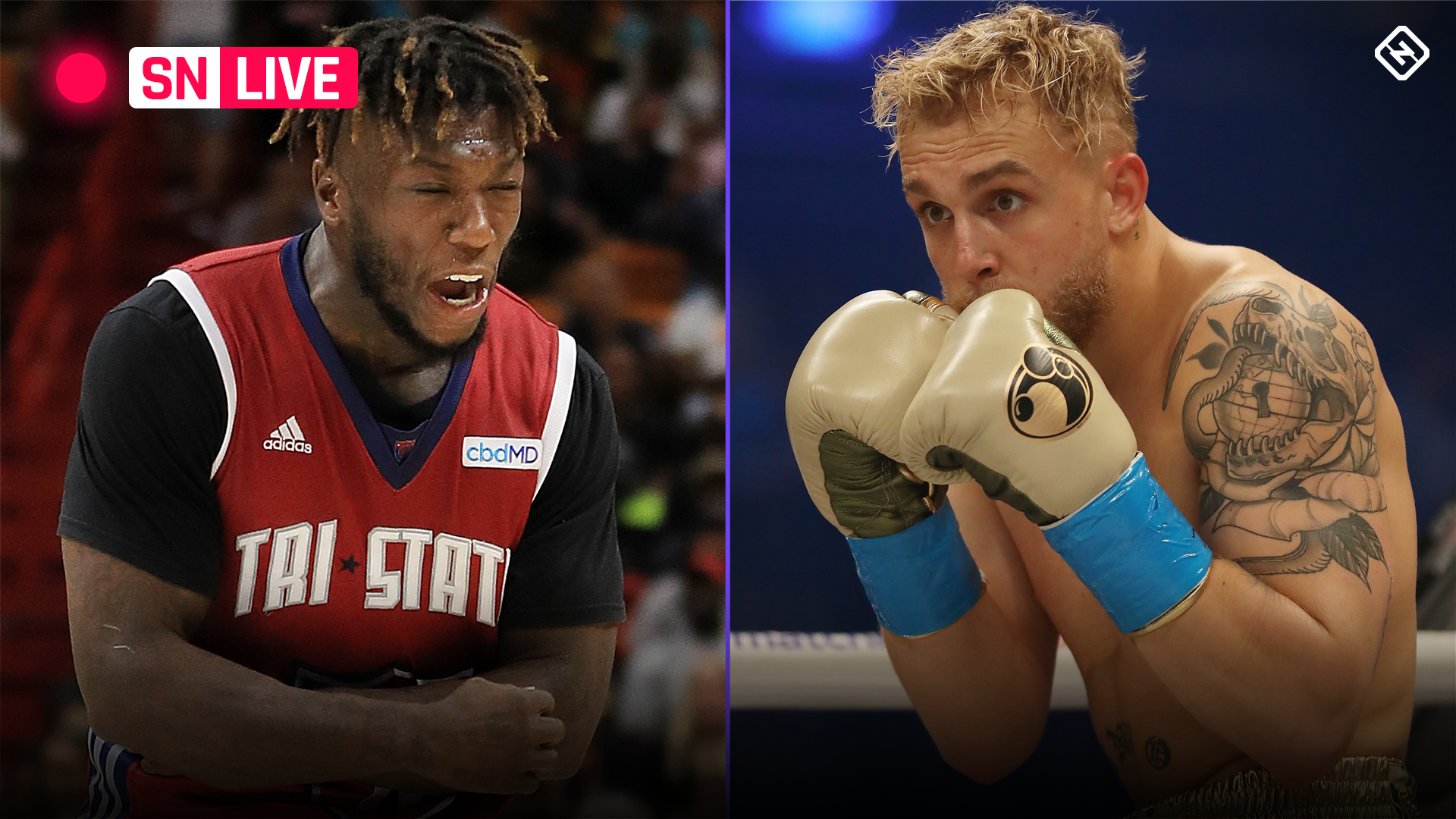 When asked why he went from YouTube into boxing, Paul told The Daily Beast it’s partly because he loved sports in high school.

“For me it made perfect sense, because it took me back to my competitive high-school self, and I’ve fallen in love with boxing over the last three years,” Paul said. “I’ve had two fights already, and it’s something that’s really helped me stay focused on becoming the best version of myself.”

As for Robinson, his career change from retired NBA player to boxer also seems strange. But similar to Paul, Robinson is trying to prove himself as an athlete.

“I’ve been a fan of boxing my whole life. Me and my brother, we used to slap box and use boxing gloves in the backyard with my dad. So, it’s nothing new, it’s just real business now,” Robinson told ESPN. “I’ve played in front of thousands of people my whole life hooping, so just being able to step into a realm that I’ve never been in before is challenging for me, but it’s also fun to try to see how far I really can go with this.”

Sporting News is tracking live updates and round-by-round highlights from the Jake Paul vs. Nate Robinson boxing match. Follow below for complete results from the 2020 fight, which is part of the Mike Tyson vs. Roy Jones Jr. undercard.

Jake Paul vs. Nate Robinson is expected to start around 11 p.m. ET.

9:20: The second fight is underway between Jamaine Ortiz and Sulaiman Segawa.

9:08: No updates on when the next fight will take place. Considering we have quite a few more fights to get through before Jake Paul vs. Nate Robinson, the projected start time is now more around 11 p.m. ET rather than the 10 p.m. ET we originally predicted.

8:53: Irvin Gonzalez and Edward Vasquez put on quite the show in the first fight of the night. The announcers called it a “Fight Of The Year” candidate due to how many punches each boxer threw. According to the stat sheet, they threw 545 punches apiece in an 8-round fight.

Vasquez ended up winning, moving his record to 9-0.

8:00: Jake Paul might have another challenge for Nate Robinson after their fight.

7:30: Jake Paul’s brother Logan has a bold prediction ahead of the fight.

The full event (seven fights) will start at around 8 p.m. ET, or 5 p.m. local time in Los Angeles where the fight in taking place. There are two undercard fights before Paul vs. Robinson, which is expected to start around 9-10 p.m. ET. Paul vs. Robinson will be the fight before Tyson/Jones Jr.

How to watch the Jake Paul vs. Nate Robinson fight

The fight will also be made available for PPV purchase through traditional cable providers such as Xfinity, Spectrum, Cox, Verizon, DirecTV and Dish. It costs $49.99.