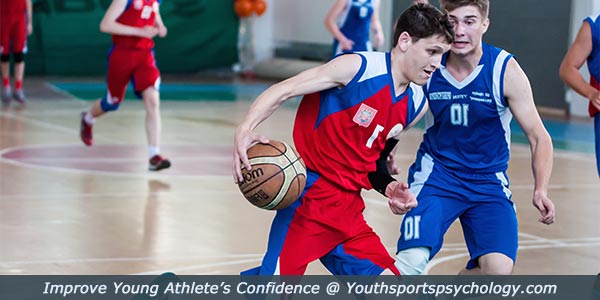 
Help Sports Kids Develop a “Give it Your All” Mindset

Do your athletes ever complete a competition and regret that they didn’t put forth enough effort?

When sports kids lose and feel as if they didn’t give 100%, they can feel crushed.

Losing generally isn’t one athlete’s fault. Many issues contribute to the outcome of a game. It could be the officiating, the opponents’ high-performance level, competition conditions or injuries.

Kids can’t control these issues, but they can control their attitude, effort and focus.

Basketball coaches tell their players, “Leave it all on the court… Chase down balls. Don’t concede any points. Push through fatigue.”

The expression “leave it all on the court” means kids should give it their all. They should give all their focus and all their effort until the very last second of a competition.

When kids give 100%, it doesn’t guarantee victory. But it helps kids feel as if they performed their best and don’t regret the results.

Why do some young athletes put forth less than their best?

When kids experience fear, anxiety or lack of focus, they’ll likely have many of their worst worries come true. Not only will they feel bad about the loss, but they will feel even worse because they gave less than their all.

Championships are won or lost by the level of an athlete’s effort and focus.
In Game 5 of the NBA Finals, the Los Angeles Lakers were just one game away from winning the NBA Championship against the Miami Heat. Miami guard Jimmy Butler was not willing to concede the championship.

Instead, Butler led the Heat to a season-saving 111-108 victory over the Los Angeles Lakers and finished the game with 35 points, 12 rebounds, 11 assists, five steals and a blocked shot.

Butler played in all but 48 seconds of the game. Butler was drained physically and mentally during the last minutes of the game, but continued with his high effort until the final whistle.

“I left it all out on the floor along with my guys and that’s how we’re gonna have to play from here on out,” he said. “That’s what really, really, really great players do. But we ain’t backing down. We ain’t shying away.”

Giving your all is a mindset that young athletes must choose before a competition. It is the mindset of not backing down, not shying away and “leaving it all out on the court” so young athletes can rise to the occasion and yield their best performance.

Sometimes, to fight through fatigue or other adversity, kids need to want to meet their goals more than giving in to challenges. In these instances, sports kids can use self-talk to help them keep going.

“Finish strong,” “Go for it,” or “No regrets,” are some of the phrases kids can tell themselves.

Battling until the end of a competition and “giving it my all” is a mindset that kids choose. It produces their best performance. And even if they lose the game, it builds mental toughness and allows them to learn.

Our program: “Sports Parents’ Top Dilemma: Helping Young Athletes Kick Perfectionism and Fear of Failure,” will walk you through the problem of perfectionism and arm you with practical solutions you can start implementing today.

Nearly every athlete struggles with some form of perfectionism or fear of failure. Kids who look like stars in practice will often choke up or under perform during games or competition.

Other athletes expect too much of themselves—then get frustrated when they don’t meet their high expectations.

Now, you can learn how to help young athletes overcome the difficult cycle of perfectionism, fear of failure and loss of confidence. You can stop guessing about what to do and say to your athlete!