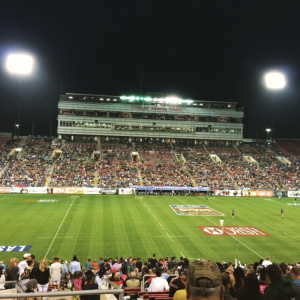 Exercise as a prescription to address post-concussion syndrome: The CJSM Blog Journal Club

Our September 2020 edition has just published, and this edition is a particularly compelling one, full of original research.  You have to check it out.

As ever our Jr. Associate Editor Jason Zaremski M.D. has just posted his newest submission to the CJSM journal club.

While COVID19 is wreaking havoc with sports schedules around the globe, there are enough high schools and youth sports programs active that concussions will continue to remain a challenge for clinicians to treat.  And post-concussion syndrome is one particularly challenging aspect to this injury.  Dr. Zaremski walks us through original research looking at an ‘exercise prescription’ to treat post-concussion syndrome.

Introduction:  With the change of seasons, many of our readers return to covering pediatric and adolescent sport. In the Northern Hemisphere, summer vacation is over, and academics and school sports are commencing. Fall is the start of the gridiron football season and there is often a surge of concussed youth who need effective, evidence-based management.

This month the CJSM Journal Club has chosen to highlight original research on the effectiveness of exercise-based rehabilitation in 8-17 year youth who have sustained a concussion. In this age group, return to school is even more important than return to sport, and the lingering difficulties in intellectual ability, vestibular system function, memory, and/or attention can be particularly debilitating.  The authors in this new study report that between 20% and 30% of all concussed youth will endorse post-concussive symptoms (PCS) 1 month after injury. Further research into treatments and modalities aimed at reducing the frequency with which children and adolescents experience PCS is paramount.

1) To determine the impact of providing participants (aged 8 to 17 years) who are slow to recover after a concussion with an active rehabilitation intervention (ARI) compared to receiving standard care alone, at 2 and 6 weeks after the initiation of the ARI.

2) To investigate functional recovery 6 weeks after initiation of the ARI.

Methods/Design:  A multicenter prospective quasi-experimental control group design. The intervention used was already the standard care at the experimental site made it ethically impossible for youth to be randomly allocated to a control intervention. To alleviate potential biases associated with the lack of randomization, youth from another institution in Canada, where this intervention was not delivered but where standard care followed usual rest/symptom-limited activity-based recommendations and return to learn strategies, were recruited as the control group.

Participants:  n = 49, ages 8-17 (experimental group = 36, control = 13) recruited between May 2014 and February 2015 in Montreal, Canada. Inclusion and exclusion criteria for the control group were the same for both groups. Ethical approval from both research ethics boards was obtained before initiation of the study. The experimental group and control groups were matched by age, sex, time since injury, baseline levels of PCS.

Inclusion Criteria: Based upon the WHO International Classification of Diseases (ICD-10), an individual is considered to have persistent PCS (PPCS) if presenting 3 or more symptoms at least 4 weeks after injury.

**Because all youth included in the final analysis were older than 12 years, only the adolescent version of the PCIS was used

Primary Outcomes: For the child reported PCSI scores, PCSI scores were found to decrease over time for both groups. Post hoc analysis revealed that recovery took place over the whole follow-up period (T1 and T2: P = 0.01) (T2 and T3: P = 0.01).

Secondary Outcomes: Significant higher quality of life, faster speeds in tandem gait, more energy, lower anger scores for the experimental groups at T3. Additionally, there was a trend toward significance in the experimental group for tandem gait of the SCAT-3 and for general fatigue as per youth self-report. There was no significant differences between the two groups for level of physical activity, balance, coordination, cognition, parental anxiety, or overall satisfaction.

Conclusion:  The authors data suggest that an ARI improves quality of life, decreases anger, and potentially energy and balance. However, it does not affect PCS.

Clinical Relevance: As the authors note, the data from this study provide continued evidence that physical rehabilitation can be helpful in the treatment of PCS. An ARI may be considered part of the treatment plan after child aged 8-17 years old sustains a concussion as long as under the supervision of trained physicians and physical therapists with training in the management, diagnosis, and treatment of concussions.